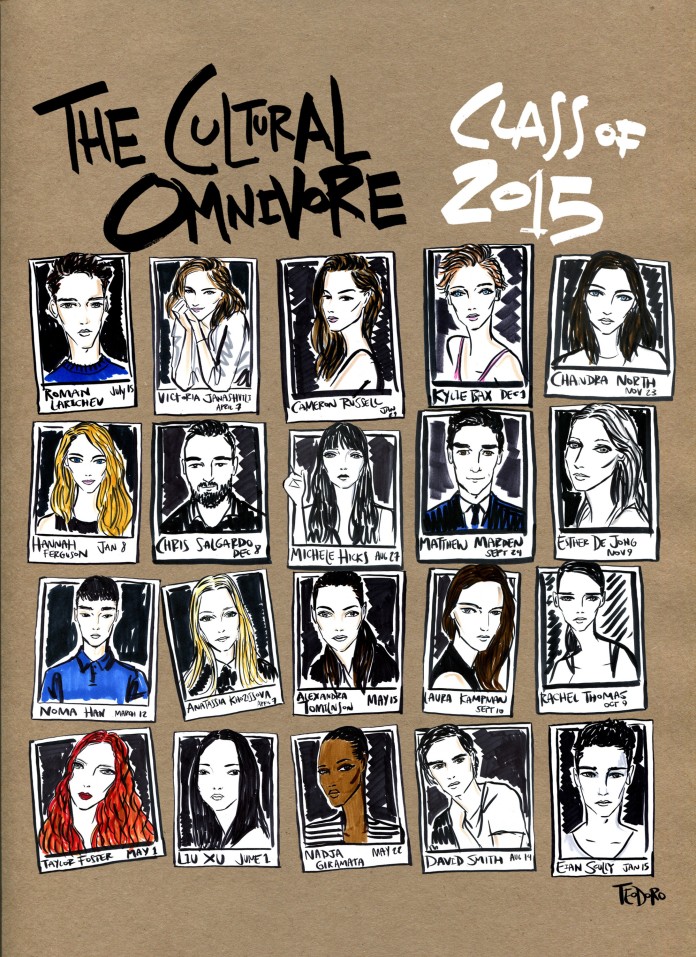 Two thousand and fifteen was a fantastic year for The Cultural Omnivore, thanks to everyone that has contributed, collaborated and encouraged me throughout this endeavor. I am so grateful for your continued support.

In the spirit of reminiscing over the passing of another year, I thought I’d share some of the highlights from 2015. It was a great year for industry veterans Michele Hicks, Esther De Jong, Chandra North, Kylie Bax, Cameron Russell, Anastassia Khozissova, Taylor Foster and David Smith who looked back on their careers while a new generation of models including Hannah Ferguson, Eian Scully, Alexandra Tomlinson, Nadja Giramata, Xu Liu, Roman Larichev, Noma Han, Laura Kampman and Rachel Thomas made their mark in the fashion industry.

We spent a day in the life of Details Fashion Director Matthew Marden as he espoused the virtues of hard work and patience . Photographer Victoria Janashvili celebrated the female form with the launch of her book Curves and Kiehl’s president Chris Salgardo waxed lyrical about philanthropy, activism and his book Manmade.

Here’s to another year!

Posted on December 29, 2015 by theculturalomnivore in Fashion