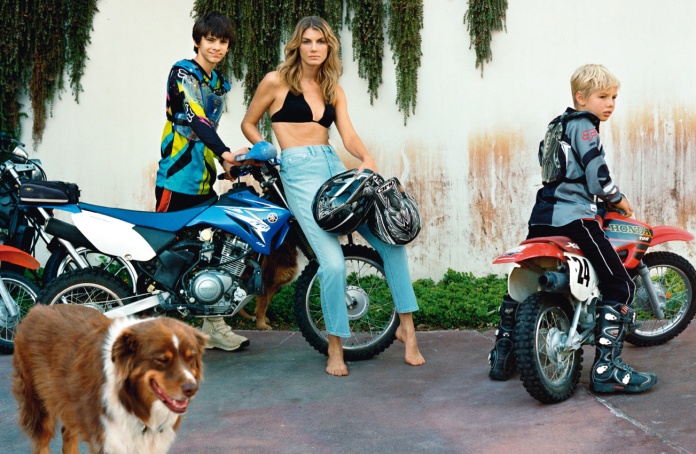 Model, mother, environmentalist and Kundalini Yoga practitioner, Angela Lindvall has been at the top of her game for nearly two decades. One lazy Sunday morning, Angela and I chatted by phone from her home in Topanga, California as she reflected on her career and the importance of self-care.

I thought we could start with when you moved to New York and what your first impressions were when you arrived.

The first time I visited New York I was barely 16. I went to check out agencies and see what this world was about.  I went to see if this was a possibility for me and I was like wow, this world is so big and so much is going on.  I hadn’t really considered modeling and it wasn’t really even an option.  I was the black sheep from a small town and I always knew there was this big world out there so this was my opportunity to go see what that was about. It wasn’t until I was 17 that I moved there and realized that I really did have the opportunity to create a career. I was like OK let me see if I can make this happen and moved to New York and started travelling.

Things seemed to, at least on the surface, take off for you pretty quickly once you arrived. Is that correct?

It did. I went to Paris and met both Craig McDean and Juergen Teller and that kind of was a big start for me.

Was that around the time that you shot the Miu Miu campaign?

Yes. I shot Italian Vogue with Juergen Teller and it’s so cool because back then it was pre-digital and it was literally him and his wife who was styling and his assistant.  We didn’t even have hair and makeup. In those days they didn’t have 20 assistants to the photographer.

I often hear veteran models say the element of surprise and fun is gone from the process; it’s much more corporate.  Do you feel the same?

Yeah, it’s unfortunate. I feel that in any endeavor whenever challenges are given to us they really are opportunities to push ourselves creatively.  You had this intimacy and time to play and you never knew exactly what you were going to get until the film was developed.  You would have Polaroid to look at and have an idea but there was this element of creation that happened and now there is a computer screen and everybody is watching and waiting.

In some ways being able to see what we are doing has definitely given me a lot better perspective of my job and what I am creating.  I remember when I first started modeling, Mario Testino showed me these photos he shot of me and said Look at these! Look at these! You look hideous. But in this one you look amazing.  All it takes is one good shot and you are gorgeous but you need to pay more attention.

I was like wow!  You only see the finished product so seeing what everybody sees makes you a lot more vulnerable but at the same time you know what’s working and what’s not working really quickly.

Have you always been environmentally conscious or is that something you developed later on?

Well, I think growing up in nature I didn’t even think anything of it. I had no idea we even had environmental issues to face. I just was a nature girl but I’ve always been a rebel and someone who goes against the grain. I was so appreciative of my career and the opportunities that were coming but at the same time my roots were ripped from the earth and I felt like I was floating. I longed so deeply to put my roots back in the ground.  It was during the time that I lived in New York that I started to question things. I started looking at what’s in our food and water on the Internet. When I was 18 people weren’t using computers like they are now.  I have always been a researcher.  I love to read and once I started discovering this stuff I wondered why it wasn’t on the front page of the newspaper.  I was very naïve and started my own nonprofit. I created a magazine and through that we created a big farming initiative that’s still in existence in upstate New York. 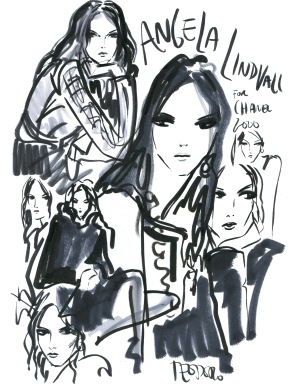 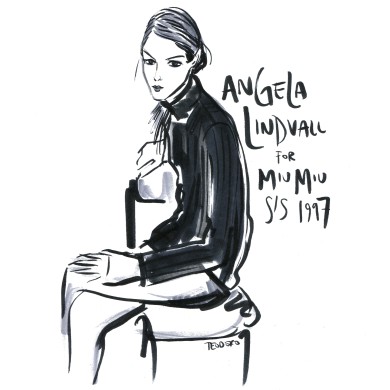 Did you feel conflicted operating in a world which is very much about consumerism and excess and all of those things?

Absolutely, I have always felt conflicted.  I felt conflicted being a tomboy and a supermodel. I felt conflicted about the environment and consumerism. Now I am taking my journey as an environmentalist deeper and exploring self-care. I got to a point at the height of having my organization and going through a divorce and my sister dying suddenly and having two boys and trying to help create change on the planet and my world is falling apart.  So I thought I needed to focus on my world first and foremost and that led me on an inward journey that is continuing.

What does self-care mean to you?  I think that people now have a greater understanding that if you don’t take care of yourself then you can’t be there for anybody else.

I feel that as we are more digitally connected we are less connected as people. There is a lack of intimacy. Posting on social media gives a false sense of connection.

That’s interesting what you say because my journey started as an environmental pioneer and now the word intimacy and the idea of connection, first with our self but then connecting with others. I study Kundalini Yoga which works with the light force energy which is the sexual energy.  I raised two young boys that will be teenagers and I am just thinking about when I was a teenager and what I was taught and what I wasn’t told. No one told me about my own power, my own life generating power and this ability to rise this energy up and to cultivate and then to share and connect on a deeply intimate level.  I feel like we live in a world now that is so debased and disconnected and so stimulating on so many levels that it’s carrying us away from this core of the deepest most intimate connections that we can cultivate.  I think that’s the new revolution.  I mean even in some way it’s a new sexual revolution.  So, I’m a little ahead of the curve but mark my word.

Are you familiar with The Tao of Pooh? One of the main principles is the concept of just being.

I think a lot of people operate from a place of fear and try to control the outcome of situations which causes a lot of anxiety.

It’s so true.  I love the saying we are human beings, not human doings. There is so much focus on what we are you doing.  I was walking down the red carpet and I don’t know always stop to do interviews but I happened to stop this time and the interviewer asked what projects I was working on.  I said I was working on me and they responded, oh so you can’t talk about it.  No, that’s what I’m working on and it’s a pretty big job. It’s so beautiful that I have surrendered into this space of not knowing the future.  I walked into this year as if I had a white canvas.  Instead of being in a state of anxiety it’s so amazing.

I’m deeply in my meditation every day and I have found that in that stillness I become open and connected. Now things are coming to me.  Everything that I want to create is coming to me and I’m saying yes. This year I was asked to teach yoga. It’s been so beautiful to just step into that phase without fear and how it’s unfolding a whole other deeper space of my learning through teaching because it keeps forcing me to connect on a whole different level and show up on a different level.  I was asked to teach at a big impact summit in Madison Square Gardens.  Then, I was asked to speak at a women’s symposium and I’m starting to develop a women’s online course with some friends.  It’s going to take a little bit of time but this is what I’m supposed to be doing. I’m just going be in it and not worry.

Angela Lindvall is represented by IMG

Posted on March 23, 2016 by theculturalomnivore in Female Models

2 thoughts on “Angela Lindvall On Learning to Embrace The Unknown”