Stephen Blaise and Catherine Camille Cushman together form Fly 16×9.  This dynamic and innovative team were at the forefront of the digital revolution creating the first digital magazine.  Combining art, fashion and beauty, Fly 16×9 have created arresting images and continue to redefine how we consume our media while others wait in the wings.  Together they took the time to speak with me and Emily Sandberg, star of the Smoking Kills film, about their life and their work.

In your ‘Smoking Kills’ film your strong graphic images of women are reminiscent of Helmut Newton’s work.  What are your influences and how do they inform your work?

SB-Love Helmut! Thank you. Women, strong women in my family were larger-than-life, omnipresent beings when I was young. I think their presence in my life largely influenced my vision of women. You won’t see any giggling girls rolling around, mindlessly flitting about in my work. Few things are more offensive or insulting. It doesn’t interest me.  I’m influenced by my instinct and desire. I’m influenced by original thinkers. People who think or see things differently from everyone else around them and somehow resolve themselves to manifest their vision in their work.

Why did you choose the medium of film to communicate your vision to the world?

CCC – Because it combines all your senses. It’s rich! It’s the closest to the way I think. It’s a vehicle for me to explore ideas. It’s a medium with endless possibilities to convey an idea. The cinematic techniques of composition and editing mirror the processes of consciousness. It is the closest thing to dreaming or rendering our dreams consciously.

You had an understanding of how digital media would evolve long before others realized its potential.  What do you think gave you such foresight?

CCC – It’s true that we were using the medium of film and video to create fashion films years before others began to realize the significance and do the same, but when we began, our idea was to use the technology that had evolved to create the work, but the work was never about the technology, because that will always continue to change and evolve. What was always most important for us was and is the quality of the ideas, not the tools we use to express the ideas.

SB – I’m a super nerd, so I’ve been thinking about digital media since I was carrying a lunch box. I grew up reading comic books and sci-fi, so for me, nothing too exciting has happened yet. 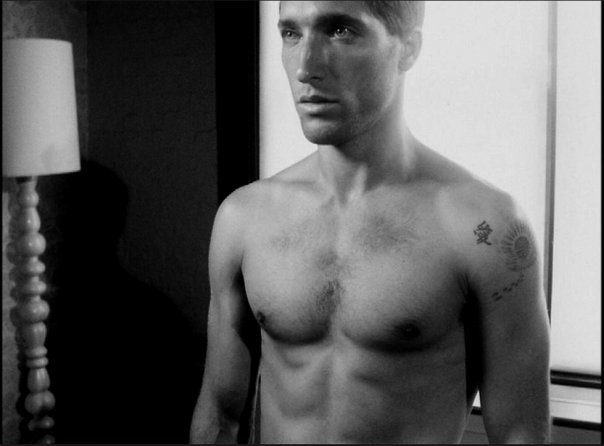 Describe your creative process and how you execute that vision.

SB – There’s no specific formula. We find something that sparks an interest for us, or something that we completely don’t understand, and we explore it.

CCC- Our ideas come from everywhere. We develop an idea by fleshing out a concept and then we find the right people to execute that vision. Film is a collaborative medium that requires many creative people with very specific skill sets. Everything from the hair and makeup to the casting, script and camera work has to work for a film to be successful. We won’t hesitate to spend time, money, our efforts and the efforts of others on work, and then leave it all on the cutting room floor, if it doesn’t meet our expectations. We will not release content unless it meets our standards.

What do you look for in a subject when casting for your films?

SB – It’s nothing obvious. An ineffable quality that inspires me. Something inside of me has to say ‘yes!’

CCC – I think what Stephen means, is that after years in the business, it’s more difficult to become inspired by just a great face. It’s a combination of a great face and being present and connected that inspires us. Also, because there is more to our work than taking a beautiful picture, we look for people who are ready to challenge themselves in creating something extraordinary.

Style.com described your work as “The first fully digital fashion magazine, where music meets art meets video.”  Do you think this is an accurate assessment of what you create or do you find that description limiting and why?

CCC – I think it’s pretty accurate, however, we have evolved since we produced the first multi-media fashion magazine. From the very beginning, we were featured in Italian Vogue and the city of Milan placed an enormous banner of one of Stephen’s film stills on the Duomo during fashion week. We were embraced by the fashion world, but it was funny to us, because we considered ourselves a group of artists that used fashion as just one of many elements in the films were making. Thankfully, our work has evolved beyond the magazine and online platform, to projects being created exclusively for video installations in galleries and museums. To see your work projected 40ft onto the walls of MoMA’s atrium was really a thrill for us. 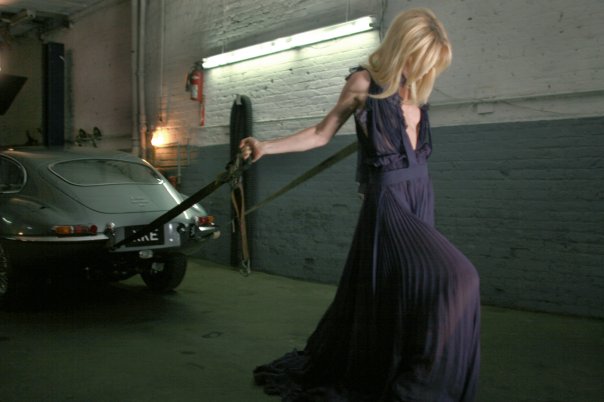 Did you take a conventional path through film school with formal training or was the process more organic?

CCC- We both have formal film backgrounds, but our desire was to take a unique path, regardless of knowledge, formal hierarchy, proper step etc.

SB- Ultimately, we learned most of what we know through doing.

Why do you think your partnership works so well?

SB- Why are you assuming our partnership works so well?

CCC – What each of us lacks, the other one has.

SB – For instance, she’s very smart, attractive and a talker…

Do you think your portrayal of women is objectifying or empowering and why?

SB – Empowering absolutely. Atomic age, Godzilla coming out of the ice to destroy a city empowering!

Posted on January 27, 2012 by theculturalomnivore in Beauty, Fashion