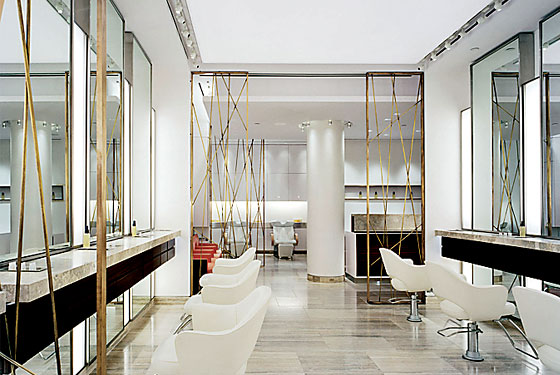 Widely considered one of beauty’s leading colorists, Christopher-John has created memorable hair color for some of the world’s most celebrated models, celebrities, advertising campaigns and leading designers. Christopher-John has attracted a loyal client following such as Kate Moss, Naomi Campbell, Amber Valetta, Donatella Versace, Madonna, Elizabeth Hurley and Queen Noor. His work has featured in editorials and campaigns for Calvin Klein, Chanel, Dior, Gucci and the covers of fashion bibles Vogue and Harper’s Bazaar.

Let’s start at the beginning when you knew you wanted to go into hair.

When I was in sixth grade I cleaned two barber’s houses after school. I started coloring my own hair probably in the eighth grade, bleaching it and playing with henna and mixing in spices like paprika and nutmeg to get different colors. In high school I started doing hair for extra money and then I supplemented and paid for college doing hair. I feel like I’ve always been in hair in some respect.

You moved to New York in 1987 and by 1993 you were working for the most influential hairdresser in the industry. How did your relationship with Garren start?

My first client had a friend who was opening a salon but she couldn’t tell me who it was but she wanted to introduce me. I met him and after several interviews Garren hired me as his sole colorist. His biggest concern was whether I could take direction and I said I could.

What was your initial impression of him?

I was very impressed. I’d never met a hairdresser who was so serious about what he was doing.

Did you have any idea at the time what this relationship meant and what it could mean working with him?

I knew it was going to take me to a whole other level and that I would be working in the fashion industry and that was very exciting to me.

Color is specific for each personality, desire and reality. How do you impute the vision?

With Garren, his project and clients, it’s very directional. He is the Creative Director.

Is the relationship more collaborative with your clients?

I take into consideration their career, their lifestyle, what kind of money they’re looking to spend, their personal style and the level of maintenance they want. I won’t do anything that isn’t going to make you look prettier.

What are your thoughts on women embracing their grey hair, like Kristen McMenamy did, versus coloring it?

Someone like Kristen McMenamy is such an exception to the rule. Her grey hair just sets her apart from other models.  She happens to have really pretty grey hair and it has a good texture; a lot of people don’t get that. Grey hair almost has a life of its own. Ninety nine percent of the time I would advise color. 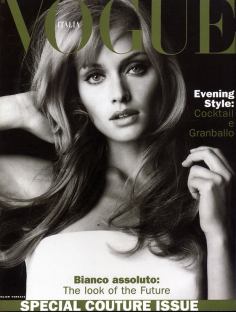 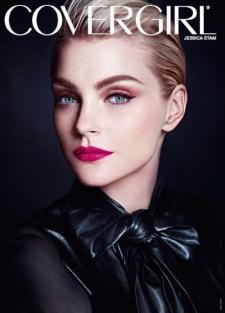 It’s more youthful. When keeping grey hair I would put low lights in which can really improve the texture.

You were responsible for the color changes that transformed some models careers.  Which in particular stand out?

The biggest change I did with any model was giving Karen Elson her signature red.

You were working with Steven Meisel and Garren on that change. What was that discussion like?

There was no discussion. They knew exactly what they wanted.

Are there any women in particular you wish you had a hand in creating their look?

Definitely Marilyn Monroe. I got to work with Madonna for many years starting with her as a platinum blonde then to red, then black, then strawberry blonde and then we went back to blonde again. You can’t ask for much more than that.  I would love to have worked with Jackie O too.

What would you have done with her given the opportunity?

Oh, she’s so classic it would have been hard to improve upon. I just would love to have been a part of it.

Do you subscribe to the idea that a color can make or break a career?

Oh yes. One example of damaging a career is a supermodel I worked with. I took her blonde then she dyed her hair black for a job. She looked beautiful but she wasn’t getting as much work. A year ago she asked me to make her blonde again. She said that clients were giving her feedback that the dark hair wasn’t working. Throughout her career the busiest periods were when she was blonde.

How do you take a model from black to blonde without damaging the hair?

Very carefully. It’s like three days of work providing you want to leave hair on their head.

Oh yeah and there’s Photoshop, but for some reason that is never a part of the equation. People don’t want to hear that.  There are girls who will refuse to color their hair like Kristin McMenamy. She will not color her hair; it just is what it is.

What advice would you give to a woman who doesn’t have access to your services?

A lot of high-end salons have classmates supervised by senior colorists; that’s an option. There are also a lot of great products in the drugstores that are very user friendly. The rule of thumb with those products is to not go two shades lighter or darker than your natural color.

What message do you want a new client to take home?

I’m very patient and I’m a very good communicator. I don’t put my desires above my clients.

Posted on February 6, 2014 by theculturalomnivore in Beauty, Fashion

One thought on “Christopher John – In Living Color”